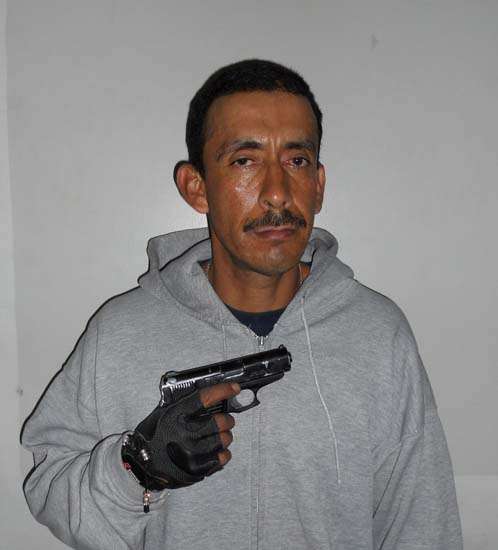 The morning of June 25, 2010 promised to be intense. Summers in Sonora, Mexico are brutal, with temperature averaging around 110 Fahrenheit. But my friend, a dentist, did not feel the heat. He was driving his 2010 model truck with the air conditioning on full blast to Los Mochis, Sinaloa,  to visit some shrimp farms because in addition to being one of the best orthodontists in the city and owning a gym, he also has a shrimp farming business. My friend was on a mission to find out how the shrimp farmers in Los Mochis had managed to avoid a shrimp disease that had devastated farms in Sonora.

That morning, the highway was empty. However, near the border line between Sonora and Sinaloa, he noticed a car driving slowly in front of him. He tried to pass the car, but it overtook him and then slowed down, so that he practically had to stop.

Then two men stuck their machine guns out of the windows. In his desperation, my friend put his car in reverse and tried to escape. The men started to shoot at him. Scared, he stopped his truck.

The men came running and quickly took control of his car, all while cursing him. They put him down on the floor of the back seat. Then they started driving. They left the highway and took a dirt road through the fields. Throughout the whole trip, they insulted him because he had the audacity to try to escape. Then they started to talk amongst themselves:

“We will kill him, and we will dispose of his body in the same place where we have left the others.”

My friend started to cry, and he begged them to let him live, “I am father. I have three kids! I have not done any harm to anybody. I am a doctor.”

The men stopped the car about five kilometers from the highway. They told my friend that they would forgive him for trying to run away. They stole his new truck, his cell phone, his documents and they took 2,000 pesos (160-165 dollars) that my friend had in his wallet. Then, believe or not, the robbers gave the doctor 500 pesos (40 dollars) so he could catch a bus home.

Before they took the road, they asked him to do two things: First, not to look up until the car was out of earshot. Second, if he was going to make a police report, to do it in Sonora. Then they drove off.

My friend was kneeling on the dirt, sobbing. As soon as the car was out of earshot, he stood up and ran to the highway as fast as he could. He was in good shape from working out every day, and so he arrived at the highway in just a few minutes. Nobody wanted to give him a lift until he found a bus stop for second class buses. He explained everything to the bus driver, who kindly lent him a phone to call his family. When my friend arrived in his home city, his wife and kids were waiting for him. They all cried.

When I spoke to him, six months had passed. He had recovered from his fright. He told me security had improved in Sinaloa and Sonora. I asked him if it was true that the mafia was demanding bribes from business owners. He said that it didn’t happen in Sinaloa and Sonora, but he’d heard rumors about it occurring in Southern Mexico.

My friend told me that experience taught him that the most important thing in life is family.

“You know, I like “la buena vida” (the good life), and I have worked very hard all my life for that. However, after that robbery, I learned to take the things slowly and to spend more time with my family. They are the most precious thing that I have.”

I asked my friend about the robbers. “What kind of men were they? Why did they give you money for the bus?”

“They were not killers,” he replied. “All they wanted was my new truck. The thing that amazed me about them was how strong they were. They were stronger than me! They were young and good looking. We’re not talking about poor men!”

“But how could you notice that?”

“Though they wore balaclavas, I could see their bodies. And you are not going to believe this: They have very good teeth! Perfect teeth! They didn’t have one crooked tooth!”

“Doctor, how you could see their teeth when you were so scared that you were shaking?”

“Don’t forget, I am an orthodontist! Teeth are the first thing that I see in a person!