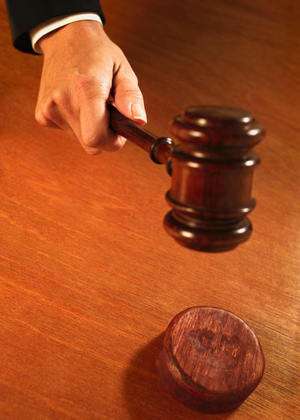 Has someone ever cheated on you?

It feels like a blow to the intellect and the self esteem. Anger, sadness and powerlessness strangle your heart. It feels awful to realize that somebody took advantage of you.

At the end of February of last year, my next door neighbor knocked on my door. We were not friends, but when we saw each other around the building we chatted. He was talkative and spoke in a loud, high pitched voice. That day he told me that his salary got cut. He said that he could no longer afford to pay rent, and would be moving in with his mother. He said to me:

I really need to find somebody who could take over my one year lease. The management said that if I find somebody to take it, I do not have to be responsible. Why don’t you move to my apartment? It is cheaper than yours. Your apartment is bigger, but I think you will be all right in mine. You would be doing me a big favor! I promise I will help you with the moving. I will leave the apartment very clean, and I will help you with everything you need.

I told him that I would think about it.

Management did not like the proposal. My neighbor then said something that I did not like. “If they do not approve of your taking my lease, I will call immigration to report that they hire illegals to clean the complex.”

That should have been a red flag.

Eventually, the manager approved of the move, but she warned me, “Be sure he pays everything before he goes.”

My neighbor boasted loudly, “Do not worry. I will pay everything!” In that moment, a doubt popped into my mind.

During the next couple of weeks, he was the kindest neighbor I have ever had. He brought me packing boxes. He got his mother to help him paint the apartment. He introduced me to his brother and to his little cute nephew.

Those days I was busy with packing, working long hours due to a budget gridlock in the State capitol, and preparing for a trip to Mexico. I’d planned the trip a long time ago, and my flight was scheduled on the day after the move.

The day of my trip, I got a call from the manager. My kind neighbor had left without paying the rent and his late fees.

“That’s ridiculous!” The neighbor said over the phone. “They never told me how much I owed them.”

Tree weeks later when I came back, I got another call from the manager. No news from the neighbor. Needless to say, the neighbor never returned my calls.

In April, with a broken foot, an apartment full of boxes and a damaged spirit, I paid my own rent, my neighbor’s rent, and his late fees in order to avoid an eviction.

I wondered if my neighbor had picked me because of my broken English. Perhaps he thought I was stupid.

I asked my friends for advice. One suggested that I file a claim in the Small Claims Court. Others discouraged me from doing it, saying that he could return and do something really bad to me.

At the end, very frustrated, I took the risk and decided to file a claim.

However, there was a problem. I did not know where to find him. He never told me where his mom lived. I knew he worked for a very well known supermarket chain, but there were at least a dozen supermarkets in the Sacramento area. I didn’t know in which one he worked.

Luckily, I found a neighbor who told me where he worked. I went there and asked an employee for him. The employee told me he no longer worked there, but said where I could find him. I got my sun glasses, pulled my hair into a pony tail and grabbed a hat. Again I was lucky:  as soon as I entered the store, I saw him. He did not see me. I smiled and told to myself that now I had all the information that I needed.

I won the case after the first hearing. He appealed the judgment. I won again. The judge issued a bench warrant and ordered garnishment of his wages.

A year later, I got a check in the mail from the sheriff’s office for the amount that my ‘kind’ neighbor had cheated me.

I saw him in Court last week in order to close the case. I told the Judge he still owed me Court fees.

“Do you have the money right now?” the Judge asked him.

“I will see you in one month with the money,” the judge told him.

“No I can’t! I have a vacation overseas, and I cannot show up to court,” the neighbor exclaimed.

“You know I can order to arrest you,” the Judge warned the neighbor because once again the neighbor had cut him off and talked without asking for permission.

“But I have a trip already planned,” he whined.

During the Court hearings, I didn’t speak a word to my former neighbor. I never gave him any drama. During the process, I found somebody who knew him who whispered to me, “He has a long history.”

I left the Small Claims Court with my dignity recovered.