A Respond to Lou Dobbs’ Invitation 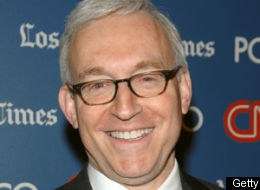 Yesterday, in 18 cities across the country, participants in the BastaDobbs.com campaign held public events calling on CNN to fire Lou Dobbs, including the one I led in New York City outside of CNN’s headquarters. As we made our case on the street below, the producers of Lou Dobbs’ CNN show emailed me with an invitation to appear on yesterday’s night show. Here is my response:

Thank you for your invitation to appear tonight on the Lou Dobbs Show. I would be happy to accept under one condition: that alongside me appears CNN President Jon Klein as a participant in this important discussion.

I request Mr. Klein’s participation because, as much as the BastaDobbs.com campaign targets your long history of faulty, incendiary reporting and its effects on Latino communities, our issue is not with you so much as the network that provides you with a platform. Indeed, the more than 65,000 people who have joined us in calling on CNN to cut ties with you have given up hope that you will engage in honest dialogue or change your ways. Over the years, you have time and again perpetuated myths and stereotypes about immigrants and Latinos, promoted the most extreme voices of xenophobia and hate, and refused to acknowledge your pattern of inaccuracies. At this point, the only question remaining is whether Mr. Klein and the rest of CNN’s management want you to remain associated with their network.

Make no mistake, the decision is a weighty one. The additions to CNN of Latinos like Rick Sanchez, Thelma Gutierrez, and others, and the production of the Latino in America series, are clear evidence that Klein recognizes the importance of the Latino market. And he certainly understands the tension between such efforts and the deeply problematic content of your show. It is now up to him to decide what the face of CNN will be going forward: Lou Dobbs or Latino in America.

There are those who suggest that this is a false choice, that CNN’s programming should have a “variety of opinions.” We agree that variety is important, and nothing in our statements should be construed otherwise. We believe in a robust public dialogue and recognize that news and opinion programs do and should give light to multiple viewpoints. But there is a difference between promoting varied opinions and allowing faulty reporting, the promotion of conspiracy theories, and the regular dehumanization of millions of Americans to be passed off as “news.”

You and others have suggested that we are seeking to abridge your free speech. Such arguments exhibit a shallow understanding of what the first amendment protects. You are free to voice your opinions, just as we are free to encourage CNN to cancel your program. There is, quite simply, nothing in the Constitution that guarantees you a national news platform from which to spread misinformation, and invoking its protections is only a distraction from the real conversation.

That conversation is about the future of CNN. The network hails itself as the «Most Trusted Name in News,» and there is no doubt that CNN has been a journalistic pioneer. But this is a high standard to live up to, and every time your show airs, CNN falls short. We’re not the only ones who have noticed. Employees at CNN have taken pains to carefully distance themselves from you in public, and they say even worse in private. It’s all they can do to maintain their dignity and self-respect. Indeed, even the founder of CNN, Ted Turner, has said he would have you either toe the line or send you packing.

I am quite sure Jon Klein is aware of all of this, and yet he has made no statement and taken no action. I and many others want to know why, and I would be grateful for the opportunity to ask him face to face. I sincerely hope you will communicate my interest in appearing with him on your show. I look forward to hearing from you.