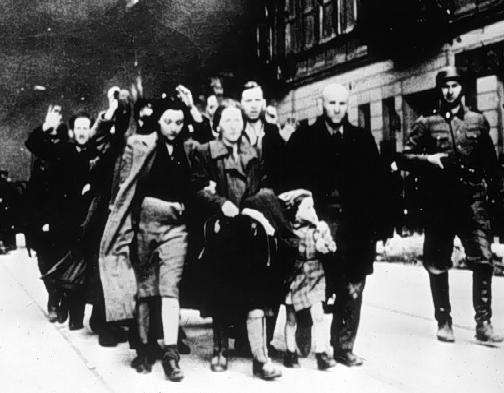 If it walks like a duck, and quacks like a duck, it is probably a duck. So it is really unsettling to hear no other than the Simon Wiesenthal Center criticizing Cardinal Roger Mahony and Los Angeles Councilman Paul Koretz for comparing Arizona’s political environment with Nazi Germany. Although the Center is highly respected by those who value the importance of human rights in a democratic society, probably its time that its staff take a refresher of European History 101.

We may now feel strong distaste for Governor Jan Brewer (R), but let us keep in mind that she is part of a democratic government, and that her signing of SB1070 into law had the support of an overwhelming majority of Arizonans. Understandably, they fear the economic uncertainty created by the worst recession of the last seventy years. Also, mistakenly, they tend to be desperately inclined to listen to the inflammatory discourse of opportunistic politicians, who see an ideal climate to further their own political ascent by blaming undocumented immigrants for all the problems of Arizona.

For those who conveniently tend to skip some chapters of Western history, let’s remind them that this was the same scenario in the Nazi Germany of the 1930s. Adolf  Hitler was elected by the German people in democratic elections held in the institutionally weak Weimar Republic. At the time, Germans feared the economic uncertainty that they were facing after years of hyperinflation and the threat posed by Soviet communism, and very willingly listened to the Fuhrer when he blamed the Jews for all the illnesses of Germany and Europe.

It was a piece of legislation, a historical equivalent of Arizona’s SB1070, that initiated the institutional persecution of Jews. The so called Nuremberg Laws, approved in 1935, included more than one hundred laws, decrees and ordinances that limited the rights of Jews. It was the beginning of what later developed into Kristallnacht, the Ghettos, the concentration camps and, ultimately, the Final Solution of the Jewish Question.

Governor Brewer may not be Hitler, and the citizens of Arizona are not the Germans of the 1930s, but when Cardinal Mahony and Councilman Koretz rightly use the Nazi analogy, it is because it is imperative to sound the alarm. They want to ensure that we do not follow a policy of appeasement, a la Chamberlain, and allow the violation of human rights without consequences. As the great Eli Wiesel, survivor of the horror of Auschwitz, taught us, we must use memory to fight against those who promote an intolerant agenda. In Arizona, more than ever, we need to exercise our historical memory and ensure that the mistakes of the past are not repeated.

A Respond to Lou Dobbs’ Invitation

The Mission District in San Francisco