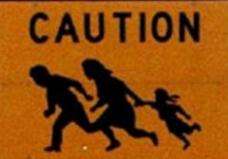 Most people who are outside the US and wish to immigrate based on marriage do so by getting married abroad. Typically, the US citizen travels abroad, marries the foreign fiancé(e), and files the immigrant visa petition. The U.S. citizen then returns home, leaving the new spouse abroad, waiting for the immigration process. Another way to approach immigration through marriage is by filing a petition for the fiancé(e).

The fiancé(e) visa, also known as the K-1 visa is a non-immigrant (temporary) visa, but is treated much like an immigrant visa because the intent of the parties if for fiancé to immigrate. Consequently, the fiancé(e) is required to submit to a medical exam and background clearance. Any children of the fiancé(e) are also entitled to derivative visa status (K-2). Under the terms of the K visa, the fiancé(e) is admitted to the U.S. for 90 days and must marry the U.S. petitioner within that time period. Upon doing so, (s)he and the children become eligible to file to adjust status (form I-485) for conditional residence of two years. This is the same status that is conferred on all those who immigrate through a new marriage.

If the marriage does not occur within 90 days, but the parties still marry each other, the U.S. citizen spouse must file a visa petition (form I-130) and the former fiancé(e) must file the I-485 in order to receive conditional residence.

If the marriage does not occur, the fiancé(e) loses K-1 status and becomes unlawfully present in the U.S. Losing legal status will also mean an end to employment authorization, disqualification for a driver license (in California) and the inability to travel. The next step is usually a removal hearing before the Immigration Judge («IJ»).

Most are not aware that marriage by a K-1 to another person, even if a U.S. citizen, precludes adjustment of status. The law specifically states that adjustment of status of a fiancé may occur only through marriage to the K-1 petitioner. However, it may still be possible to immigrate through the other marriage by processing the case through the American embassy in the home country. This is a great inconvenience because leaving the U.S. causes physical separation of the parties from six months to a year while they wait for the process to work its way through the bureaucratic system. More seriously, if unlawful presence in the U.S. has been for 180 days, the visa applicant becomes inadmissible for three years upon departure from the U.S.; if the unlawful presence has been for one year or more, inadmissibility is imposed for ten years. This punishment can be forgiven through an application for waiver of inadmissibility. To qualify for the waiver, it must be established that the U.S. citizen or resident spouse or parent will suffer extreme hardship if the waiver is not granted.

Quite often a fiancée that is brought to the U.S. for the purpose of marrying finds that the circumstances of the petitioner are different from that represented to her. The difference may be economic or much worse such as physical or emotional abuse. Fortunately, the law has to some extent been amended to protect the fiancé(e). For example, if the U.S. citizen petitioner has a criminal record, it is disclosed to the fiancé(e) before the visa is issued. As recently as March, 2011, the Board of Immigration Appeals (BIA) has further aided the plight of K-1 who in good faith marries within 90 days of arrival to the U.S. and files for resident status. Such an applicant may receive resident status even if the marriage has ended before the paperwork is processed by the government. The key is to produce evidence that the marriage was not solely for immigration purposes. Of course, the BIA could have gone further to rule that legal status may be granted through marriage to another person, if the marriage to the first husband was bona fide. This could be based on the fact that after the K-1 marries, the fiancé(e) obligation has been fulfilled and adjustment of status may be accomplished in the U.S. through the second marriage.

Aggie R. Hoffman is a Certified Specialist in Immigration and Nationality Law, licensed by the State Bar of California and certified by the Bd.. of Legal Specialization. Ms. Hoffman has over 25 years of experience in a variety aspects of immigration law, from employment based (investors and PERM) to family immigration. Her victories include cases in Immigration Court, Board of Immigration Appeals, and Ninth Circuit Court of Appeals, focusing on reopening proceedings based on ineffective counsel. For more information, see www.arhlaw.biz .