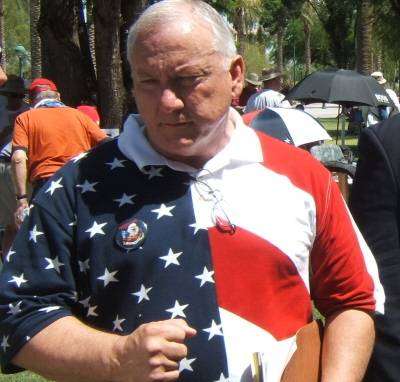 An Associated Press article on June 15 reported the move by Republican State Senator Russell Pearce, the man behind SB 1070, to attempt to bar the state from providing birth certificates for children who’s parents cannot provide proof of citizenship or legal residency.

Current national policy, since citizenship is a purely federal issue, is that anyone born in the United States is automatically a citizen. While this policy is a rarity on the international stage, many argue it has made America into what it is today.

According to AP, legal scholars scoff at the idea of such a proposition passing legal scrutiny as it blatantly counteracts the 14th Amendment.

Pearce, however, argues that the intent of the 14th Amendment was to grant citizenship to newly emancipated African Americans, not to invite immigrants to have children on American soil. State Representative John Kavanagh of suburban Phoenix agrees, claiming that states must now take action into their own hands because «federal inaction is unacceptable.» Rand Paul, Kentucky Republican Congressman and Tea Party figure has voiced similar support.

This movement presents an interesting phenomenon: conservatives urging for a loose interpretation of the Constitution; basing their argument on what they think is the spirit, rather than the letter, of the law.

This is against the traditional stance of Conservative legal philosophy. For example, John McGinnis, a conservative law professor at Northwestern University, said Pearce’s interpretation is «just completely wrong.»

Conservative justices have in the past been defined by their strict adherence to the written word of the Constitution, so their support for such a radical departure is in question.

What is more concerning is the fact that such a sentiment can be taken seriously in a country where one of our founding tenets is allowing children to have the opportunity that their parents lacked.

This fundamental American value is expressed in the Reconstruction Amendments (the Amendments to the US Constitution immediately following the Civil War) better than any other place. While it may have been used by some illegal immigrants as a tool to avoid prosecution and deportation, the 14th Amendment represents a distinct attempt to give children unlimited opportunity. The public school system and other social social programs were founded under the same spirit.