As Congress works to repeal ‘Don’t Ask Don’t Tell‘, Congresswoman Chu and local community and LGBT groups discussed the disproportionate impact it has on communities of color and female service members.

Congresswoman Judy Chu (CA-32) led a discussion in her district with residents of the San Gabriel Valley, a diverse community located in the eastern portion of the Los Angeles County on Wednesday, June 2, 2010, to talk about “Don’t Ask Don’t Tell,” (DADT) the currently debated federal policy that does not allow gay and lesbian individuals to serve openly in the military.

“This community voted over 60% in favor of Proposition 8, the initiative that removed the right to marry from same gender couples. We and other people of color groups are working in communities like those in East and Southeast Los Angeles County to increase support for LGBT people and issues,” explained  Ari Gutierrez, a co-chair of the Latino Equality Alliance, the lead group that coordinated the event with the Congress member’s Office.

The event was billed as a “Harvey Milk Commemorative Town Hall” in recognition of the first California state holiday honoring Harvey Milk, the fallen leader who was the first openly-gay candidate elected to major office in the United States and who also was a Navy veteran, emphasizing the long history of gay people serving in the military.

As Congress takes steps in the repeal of “Don’t Ask, Don’t Tell”, the town hall provided an opportunity for public dialogue on the issue and the implications to LGBT people of color and female service members. Congresswoman Chu, a co-sponsor of the bill to repeal DADT, indicated that it was important that Congress address this item as soon as possible,

“As a long time opponent of “Don’t Ask, Don’t Tell,” I am proud to say that the end is near! Last week, the United States Congress passed two important milestones on the road to repealing this homophobic policy,” said Rep. Chu, adding that, while the deal struck to repeal DADT is not perfect, it still marks a historic turning point in how our nation treats its LGBT servicemen and women.

The town hall panel consisted of policy specialists on DADT, including several former service members who have been advocating for repeal since the beginning of the Obama administration. Julianne Sohn, a former Marine, Christopher Landavazo, a former Navy officer, Alexander Nicholson, from Service Members United, Jarrod Chlapawski, from the Human Rights Campaign and Gary Gates, PhD and Distinguished Scholar from UCLA’s Williams Institute, presented personal stories and background information on the history, challenges and the repeal process. Included in the presentation was additional information on how the policy adversely affects people of color.

“There are a number of gay and lesbian service members,” explained Dr. Gary Gates. “We found that 6% of women in the military are lesbian, more than 4 times higher than the estimated 1.5% of comparable men who are gay. And our research shows that people of color are disproportionately affected by this policy,” he added.

“Don’t Ask, Don’t Tell” was established when advocates for the LGBT community proposed a policy of equal treatment, reasoning that sexual orientation, like race, has no bearing on a person’s ability to serve in the military. However, after hearings before the Senate Armed Services Committee and much political debate, a compromise now known as the «Don’t Ask, Don’t Tell, Don’t Pursue, Don’t Harass» policy was reached in 1993.

“We appreciate the leadership of Congresswoman Chu with this town hall and on the repeal of the DADT policy, which polls show 78% of Americans support. We look forward to her continued strong support in expediting the military certification process so leaders in Washington D.C. will correct this issue as soon as possible,” said Eddie Martinez, Co-Chair of the Latino Equality Alliance.

“Some members of Congress felt that we should wait to repeal the law until the Pentagon is ready to move forward with implementation. And while I believe this delay is unnecessary, the final effect of the legislation will be the same: Nothing short of the full repeal of “Don’t Ask, Don’t Tell,””

The Latino Equality Alliance is a coalition of Latino organizations, as well as organizations dedicated to reaching out to the Latino community. The mission of the Latino Equality Alliance is to promote liberty, equality, and justice for the Latino LGBT community. Everyone (LGBT, Latino or not, and Straight Allies) is welcome to join our movement for equality. www.latinoequalityalliance.org or LatinoEqualityAlliance@gmail.com Funded by a Liberty Hill Foundation LGBTQ Justice grant. Contact: Freddy Lee, (626) 643-3981, alfredo@vpepr.com 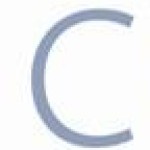