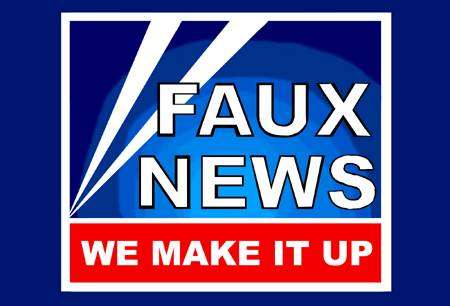 Rupert Murdoch’s Fox News recently launched a Latino division – surely an oxymoron you must think? The venture is as real as the millions that have probably been invested in it – however the content is far from it. Ludicrous, obscene and ridiculous are words being floated around for this caricature of a news site.

In a shameless attempt to try to lure a Latino audience, Fox News seem to be diving into their bag of old-tricks of manipulation and deception, delivering news headlines so far out that they could be pulled from The Onion (a satirical fake news site – not that there is a difference!)

“Penelope Cruz and Javier Bardem Are Having an Anchor Baby.” That’s the latest headline on Fox News Latino, by reporter-in-training Alexandra Gratereaux.  (here is the link)  What that is supposed to mean in terms of the real story (Cruz and Bardem expecting a baby) is up to anybody’s guess – but what is becoming increasingly clear is that Fox News Latino lacks the depth, understanding and sensitivity toward Latinos. Then again, what can one expect from the same news site that gave Sharon Angle a megaphone to spew her hatred and racial propaganda against the community.

Even if this has been designed as a marketing ploy (gone terribly wrong) – well that is even worse. While it may temporarily drive more traffic to their site – it has yet again proven that when it comes to Latinos – Fox News has no business in the news business.

“Anchor Baby?” Come on, as if Javier Bardem and Penelope Cruz needed it – not that that is the point anyhow. The key goal is for Fox News is to recreate what they know how to do best, use inflammatory and exploitative language to drive up their ratings. It continuous to promote a dangerous and appalling trend, one in which ends up with the same victims over and over again: Latinos.

If you had a name for a campaign designed to expose exploitative articles like this from Fox News Latino what would it be? Comment here or over at our friends on Cuentame.