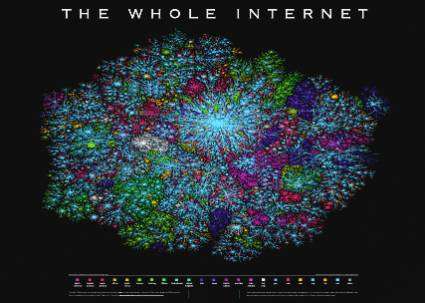 Two separate, but intertwining trends — the intense political activism of country’s nearly 50 million Latinos and the historic fight to keep the internet as it is: free, flat and open– are fundamentally altering the meaning of freedom in the United States.

This intimate link between the internet future and the Latino future is inspiring the rapidly increasing numbers of Latinos who are joining the David-like struggle to defend us all against the serious threat to our rights posed by the fee-based, hierarchical and closed internet envisioned by corporate Goliaths like AT&T, Verizon and Comcast.

Dynamic new groups like Latinos for Internet Freedom, an online advocacy coalition of more than 40 local and national groups, recognize that, on the internet, making consumers pay additional money for what currently costs nothing is robbery plain and simple.

Latinos understand that creating new hierarchies of faster and slower websites means a new variation on the ancient theme of discrimination.

We’re clear that, in a world where personal, professional and political success depends on rapid and open communication systems, slowness is death. In this sense Latinos organizing to keep the internet free from corporate control are helping shape the contours of all of our futures.

In much the same way that access to education and property and control of railroad tracks separated the haves from the have-nots in the industrial age, changing access to -and control of– the internet threatens to empower today’s haves to discriminate even further against the have-nots of the digital age. Preventing such discrimination and saving the internet-and the rights it enables- is what network neutrality, the set of principles and laws that keep the internet free, flat and open, is all about.

Network neutrality protects the small businessperson from competing with Big Businesses able to afford the higher speeds of the closed internet, the same closed internet that more than 550 Big Telecom lobbyists last year told your Congress member we all need; Network neutrality allows a Latina blogger to exercise her freedom of speech as fluidly, as quickly and as freely (i.e.; nobody, including internet service providers, can censor websites) as the big media organizations do; Network neutrality guarantees that we can all look for jobs and educational opportunities at the same speed and at the same low price: free.

Groups like the Center for Media Justice and Latinos for Internet Freedom are fighting with the same ferocious conviction that defined the rights struggles of previous eras. They fight because they represent the interests of Latinos, African Americans, poor people and other groups, because they sense that we are again at another epoch-defining political and economic moment. They fight because they know that whoever controls the internet will define whether some communities will be left of on the right or wrong side of the tracks of history.

Consider, for example, how the ability of Latinos to use social networking sites, blogs and other media to organize the most massive simultaneous marches in US history, as they did so spectacularly in 2006, will be impossible without the free and fast access made possible by network neutrality or what some are calling “Internet Freedom.” Organizations like Presente.org, which I am a founding member of, would not have been able to stop big media-sponsored bigots like Lou Dobbs from promoting anti-Latino, anti-immigrant hate groups on national television; The multiple and powerful campaigns against SB-1070, Arizona’s dangerous racial profiling law, depends fundamentally on the freedom and openness protected by network neutrality.

The struggles of the present and foreseeable future will take place in a political environment mediated by media systems we must all protect at all costs. The term “network neutrality” may feel geeky and uninspiring on its surface, but the reality behind the term is extremely, urgently important in its potential for advancing freedom -and unfreedom.

For these and other reasons, Latino freedom depends on Internet freedom; Internet freedom depends on the engagement and activism of Latinos, and of all of us. Such a historic blending of our political destiny and the technological future has always defined the borders of democracy, as happened during the age of the underground railroad and the civil rights struggle that followed the Plessy Vs Ferguson decision, which upheld the principle and fact of a “separate but equal” railroad system. As in previous eras, corporations hungry to profit from the creation of a separate but equal system, a separate but equal internet.
Castigated, reviled and attacked for alleged non-citizenship as much as any group, Latinos have no choice but to march with our feet in the streets, and with our fingers online. Our struggles mirror how we are all coming of political age in the time of networks like the Internet. If and how much we fight to protect these networks will, in no small part, determine if the word “freedom” is to mean anything.