Marines learn about Afghanistan from the LA Police 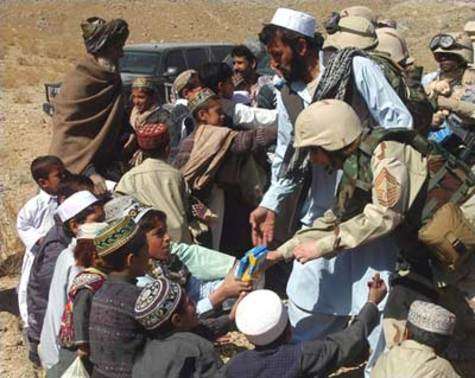 An Associated Press article by Julie Watson published on Sunday detailed a training program in which 70 Camp Pendleton Marines ride along with the LAPD to learn policing tactics.

The shift in the Afghan War from invasion to defense to policing has been gradual and stunted. As the article mentions, problems with the reliability of Afghan police forces as well as the language barrier, have hindered efforts to establish a beneficial relationship with civilians.

The LAPD is an interesting choice for a teacher, especially from Camp Pendleton which is closer to several other major cities. Los Angeles police, however, have earned a reputation for community relations under former Police Chief William Bratton after the disastrous and racially charged environment of the early 1990s.

The most important tactic the program seeks to impart is rapport building. Not only is establishing an atmosphere of mutual protection important to winning hearts and minds, it is also an invaluable way to gather intelligence informally.

Using actual urban police to teach Marines so that they can train Afghan Police is an excellent and somewhat obvious idea. After-all, there is only so much a soldier in his early 20s can reasonably be expected know about reaching out to a community, especially one in a foreign nation.

Another useful change suggested by experts such as Gretchen Peters has been to mitigate the rhetorical strength of the Taliban by following the population’s lead in referring to them as gangsters and criminals rather than insurgents or mujahadeen. A criminal network is a much less sympathetic figure than a band of rebels.

The next step is to somehow transfer these strategies effectively to the much-maligned Afghan Police force through language barriers and institutional corruption.