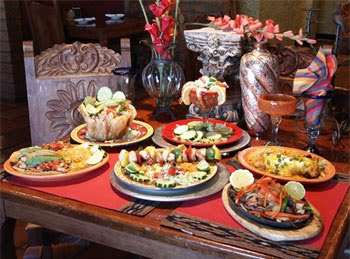 Describing Mexican cuisine, like describing the cuisine of any country, is no simple task. The varied geography and influences from all over the world have influenced the flavors of Mexican food giving it a panoply of dishes to suit even the most discriminating of tastes.

There are a few staples that everyone associates with Mexican food and these are things like beans, rice, corn, and tortillas. Mexican dishes without tortillas is like Japanese food without rice: it’s going to be there no matter what. You may not automatically think “corn” when it comes to Mexican food, but those sneaky Mexicans, they slip it in there without you even noticing. Corn is there in the tortillas, in the masa (the dough) used to make tamales and gorditas, and plenty of other places you might not think to look. It may be inside of you right now!
And of course, Mexican food does not have a reputation for being bland which is why various chili peppers, herbs, and spices play a major role on the preparation.

When the Spanish arrived, they found that the Aztecs were eating foods made from corn and often complimented with chilies and herbs and eaten along with beans and tomatoes or nopales which are a prickly pear- a type of cactus looking plant. Though it may not have had a Pace Picante label on it, the Aztecs also had salsa by this time.

Other foods they ate, foods which are still associated with exotic or tropical climates even though they are widely available around the world, include chocolate and vanilla, avocado, guava, papaya, squash, sweet potato, tomatillos, and some other not so exotic foods like turkey and, having large coastal regions, fish and other seafood.

Spanish got the better end of the deal

The invading Spanish introduced a variety of animals like cattle, sheep, chicken, goats and pigs. They also brought rice, barley, olive oil, almonds, wine, parsley and spices that were not native to the land. Call it bioterrorism if you like, but I think it makes for some tasty eating.

The conquistadors brought Spanish cuisine with them and perhaps it added a new layer of skill to the preparation and perception of Pre-Columbian food, but I really believe the Spanish got the better end of the deal. For those of you who have not been to Spain, I can tell you that it certainly lacks the flavor and creativity of Mexican food. 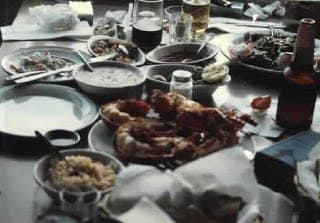 As stated above, Mexico has a very diverse geography. The six regions of Mexico vary greatly in what you can expect from their food. Of course either coast is going to have plenty of seafood. I personally associate the northwest coast with lobster. My family has been visiting Puerto Nuevo in Rosarito since well before I was born. Visiting Cancun I remember seeing plenty of shrimp on the menu.

My father, being from Sonora in the north, remembers having flour tortillas at the table while my mother, hailing from an area closer to Mexico City, rarely had flour tortillas and saw them as a treat and a break from the usual corn tortillas.
Regions in the north are going to have dishes with more meat in them as these areas produce a great deal of beef, ostrich, and 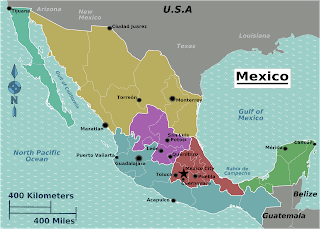 goat. As you head further south you may find more sauces and sweeter mole on your chicken. Mole is a sauce that is not terribly unlike a savory chocolate sauce; so if you like chicken and you like chocolate then you are in luck.
As you head south the cuisine might be more sweet than spicy. They can take advantage of the widely grown produce. Head to Jalisco, the mountainous region in the west, and get ready to have amazing birria. That is a dish of goat in a spicy, tomato-based sauce. The southeast will get you more chicken dishes that are a bit spicier. That is due to the Caribbean influence. Dish of spicy chicken and rice with perhaps a touch of coconut from this area would not be unlike a dish you could find in Haiti.

In the Yucatan they have been bee-keeping for thousands of years and so honey makes its way into the food. Find your way into some of the pueblos or villages. That’s where you find cuisine that truly has its roots in the idea of making do with what you’ve got. This is where you can get some of the flavors that you are not going to find at El Torito. Like rattlesnake, spider, monkey, iguana, grasshoppers and other insects. I haven’t had anything that exotic but 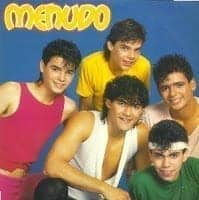 I’m rarely disappointed with the taste of any animals I’ve eaten. I’ve got two personal philosophies when it comes to food: 1) If God didn’t want us to eat animals He wouldn’t have made them all out of meat. And 2) If it walks on God’s green earth then I’ll probably eat it someday.

Lastly we get to Central Mexico. This region’s cuisine is heavily influenced by all of Mexico. That makes sense as it has been the cultural and political center of Central America for millennia.

They get a little bit of everything. But they also have a few dishes that are credited to the region. For example, carnitas, pozole, and menudo (the food, not the boy band). Which any Mexican will tell you is THE cure for a hangover.

It’s important to recognize how many different influences have come into Mexican cooking. Aside from the Spanish, other would-be conquerors and immigrants include the French, Irish, Germans, and Portuguese. Each of those nations was once in whole or in part dominated by the Romans who trace their roots to the Macedons or were conquered by the Moors… It’s all in there.

We wouldn’t have chorizo without sausage and it didn’t look like the Aztecs were making sausages before the Europeans made their way over. Likewise it’s great to see how much influence Mexican cuisine has exerted across the globe. Ever had salmon with a mango salsa? Or a steak with chipotle? Hell, ever had chocolate anything? 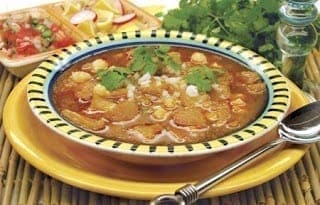 You’ll notice I did not say anything about burritos, or nachos. The reason for this is because that’s not exactly Mexican food. You should be able to make the distinction between Mexican and Tex-Mex food by the time I’m done with you. In the meantime, go out and find yourself some real Mexican food if you can.

Don’t be afraid of the spicy! Salsa should not taste like ketchup with onions in it, it should give your tongue a tingle. Also, someone please correct me if I’m wrong but I never hear of Mexicans who get heartburn yet I hear of people getting heartburn whenever they eat something spicy. This requires more research.