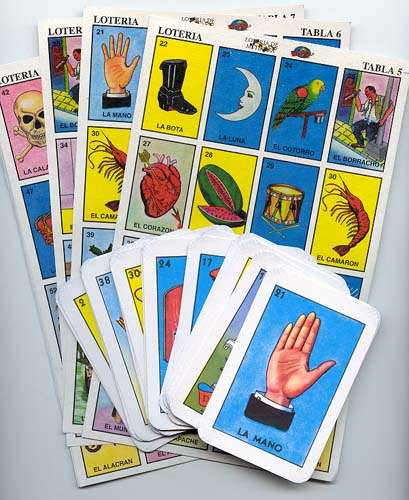 There is a reason Bingo is typically played by senior citizens in the rec-room of a church on Saturday afternoons.

You sit around with your marker or checks and your squares of cardboard with numbers scattered randomly over it. Someone up at the front of the room tumbles a container of numbered ping pong balls and drones out a new number every few moments. You sit and wait. You sit and stare, listening for the chance to mark a number on your square, passing the time, letting it float away while you engage in an activity just captivating enough to keep you from falling asleep…

Someone gets five numbers in a row or column or angle and then you start it all over again as you wait out the last remaining moments of your life that comes in between your nightly, blissful release of sleep. 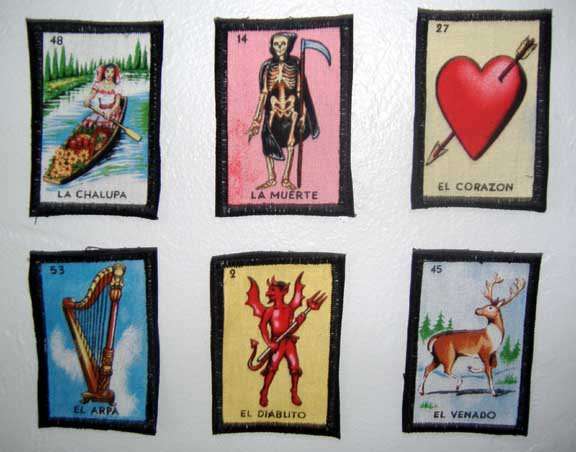 But it doesn’t have to be! Imagine if instead of calling a number like B-12, the person drawing recited a poem. Your card, rather than a grid of numbers resembling an Excel spreadsheet, is full of colorful drawings so familiar that they have become iconic representations that you now find on t-shirts and posters. Imagine if Bingo were fun!

This is the game of Loteria.

The basic premise of the game is exactly like Bingo. You get a card with a 4×4 grid of colorful drawings of items, people and animals. Rather than pulling ping-pong balls out of a bucket there is a deck of cards that corresponds to the pictures on your board.

And just like its boring, American counterpart, the goal is to get a row or a column or an angle across the board. Oh yeah. And rather than using a marker or a check, my family always uses pinto beans to mark our progress. But you can also use bottle caps or little rocks or anything you like.

Loteria is Spanish for lottery and the first games of this type came over from Spain in the 1700s. At first they were hobbies of the wealthy but eventually they found their way in local fairs and parties. Different companies and artists have over time put their own spin on the characters and the cards, just as has been done with playing cards for poker or variations on the Monopoly board game.

However, the most popular and enduring set, the Loteria game that EVERYONE has and plays and is familiar with is made by Pasatiempos Gallo, SA de CV (known as Don Clemente Inc in America). They have been producing the game since 1887.

When playing, rather than just naming the item or character on the card that has been drawn, it is not uncommon for the speaker to use a riddle or poem to describe it. For instance, the poem associate with El Borracho, The Drunk goes:

Oh, what a foolish drunk, I can no longer stand him!

He rose up to the heavens, and since there was no violin, he had to play the cello

These are not the most profound little sayings, but they’re fun and can be improvised in any way.

Loteria is a fun and simple game where all of my cousins can play together on Christmas or Thanksgiving. This is not so with the Wii where we can only play four at a time at best. No, no, we need something that can get around ten people of all ages, all at once.

You can also mix it up by betting on which card will be drawn. Or by playing several boards at once, and of course, making it into a drinking game. Mexicans typically don’t need a game to drink. But I guess for those of you who aren’t Mexican (and just supposed to be) you can add this to your themed party. Along with a piñata and a sombreros next to the margarita machine.

Though if you really want to make your party authentic, kill a pig in the morning and make some delicious carnitas in the evening… I dare you.

Oh yeah, and save the blood for cooking.

The undue influence of the CCP in the US