Returning to the US as an Immigrant After Unlawful Presence 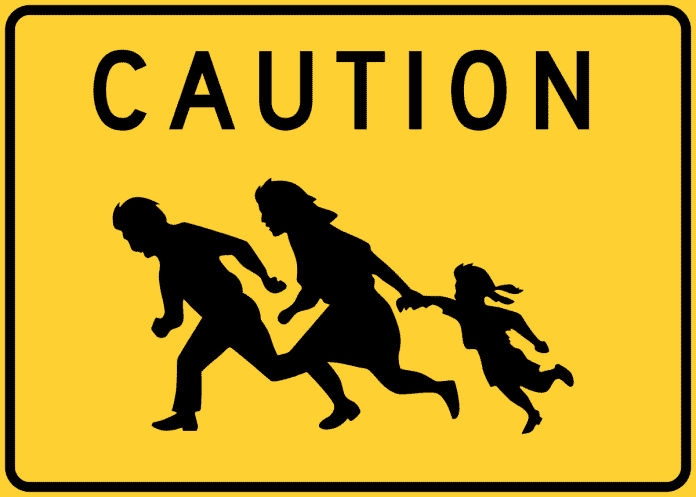 How can I return with an immigrant visa after living in the US illegally?

Until November 29, 1996, there was no penalty for unlawful presence in the U.S., no matter how long. In an effort to discourage illegal entry, Congress enacted The Illegal Immigration Reform and Immigrant Responsibility Act (IIRAIRA). IIRAIRA provided two obstacles to legalizing status in the U.S. for those who violated the law by (1) entering without documents and (2) remaining in the U.S. illegally, whether by staying too long after an illegal entry or overstaying their visas. The punishments are of two types. Those who remain in the U.S. illegally for 180 days may not return for three (3) years, while those who stay one year or longer may not return for ten (10) years. Another impediment was that those who entered illegally may not apply for adjustment of status to residence , not even if they have close family relatives who are U.S. citizens.

The above provisions mean that even if the visa petition is approved (whether based on a family relationship or job offer), the second half of the case, (filing form I-485 for resident status) will be denied. Effectively, this forces the prospective immigrant to process the immigrant visa (I.V.) through the U.S. Consulate in the home country. Of course, once (s)he leaves the U.S., even if for the IV interview, (s)he becomes subject to the 3 or 10 years bar of inadmissibility.

In many cases, this come as a surprise to such I.V. hopefuls. I have witnessed the effects of the crushing blow in many clients who have come to me after their disappointing immigration interviews. Yes, all too often, these clients have been victimized by the very people to whom they have paid great sums of money; they do not learn the truth until the I-485 is denied at the immigration interview. They are told by the officer that they are not eligible to file the I-1485 because of their illegal status in the U.S. The only exception is if their application was filed on or before prior to April 30, 2001; this exception is found in section 245(i) of Immigration and Nationality Act. However, even in the case of 245(i), a fine of $1,000 must be paid AND evidence must be provided of physical presence in the U.S. on December 21, 2000, when 245(i) was enacted.

Imagine the crushing shock of the client who has paid hard earned money or borrowed it to pay for legal representative or more often to a notario, only to learn at the very end of the case that (s)he has wasted time, often years of hope, dreams, and money. At that point, the status of being illegal is known to the government and (s)he can be subjected to removal proceedings before the Immigration Judge. If that happens, (s)he has another opportunity to plead for remaining in the U.S. (S)he can ask the judge for Cancellation of Removal, based on «exceptional and extremely unusual hardship» to U.S. citizen children, U.S. citizen or resident spouse, or US citizen or resident parents.

This is a discretionary form of relief and complex in presentation because the law does not define the crucial terms of «exceptional and extremely unusual hardship. That in itself is a topic for another article.

Another way of confronting the problem of inadmissibility is to leave the U.S., file the required I.V. applications at the U.S. Consulate and be prepared for a rejection. Only after the rejection, does the visa applicant become eligible to file for a waiver of inadmissibility (like a pardon) based on «extreme hardship» to a U.S. citizen or resident spouse or parent. This too is difficult, but notice that the requirement is lower than «exceptional and extremely unusual hardship» that must be proven to a judge. The complexity of the hardship issue is also one that must be reserved for a separate article.