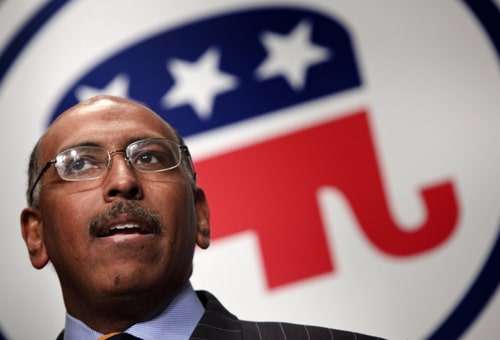 In late 2009, Steele inspired some ire among the Republican establishment for his extracurricular earnings and general spending policies.

On Thursday, while speaking at a fundraiser, he characterized the War in Afghanistan as one of Obama’s choosing and one that, based on historical precedent, is destined to fail.

This drew sharp criticism and calls to all but resign from Republican Senators McCain, Graham, and DeMint.

That much may actually be accurate. Obama did not start this war but, for better or for worse, he has made it his through decisive action and escalation. But to say Steele was «absolutely right,» as Paul has is a dangerous subversion of a very clear and universally accepted sequence of events; the Afghanistan war started before the Obama presidency.

Even then, Steele’s point, which was apparently to criticize Obama for not paying enough attention to the Iraq War effort, will have difficulty finding supporters, even among Republicans.

The President’s war policy is more or less untouchable from a Conservative standpoint, at least for a Democratic president. He has committed more troops, given a vague enough withdrawal date that can be easily pushed back, and has been remarkably careful in his interactions with the Military. A campaign against the Democrats based on the Wars would have a hard time convincing the nation that the President is doing too little. Most of his party base likely hold the opinion that he is doing too much.

Steele’s comments will likely help to fuel an already yawning divide between the Republican Party establishment and it’s increasingly agitated and pseudo-Libertarian supporters. The Tea Party movement, based most discernibly on nationalist patriotism than any one platform, will not tolerate such a perceived lack of support for our Armed Forces. It is no accident that Senators with the most to make up for with the Tea Party movement like McCain and Graham (both leaders of bipartisan immigration discussions unpopular with the Tea Party) are the first and loudest to denounce Steele.