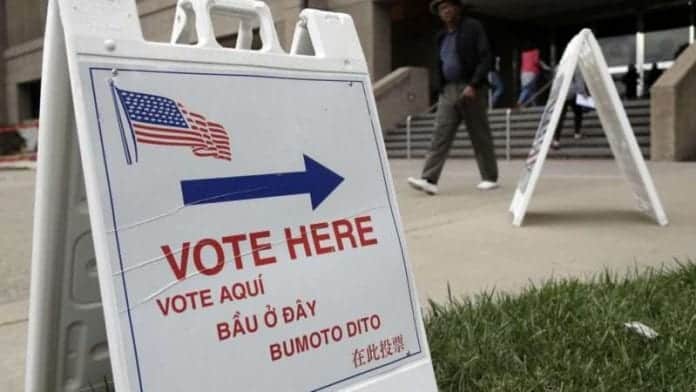 There are a number of reasons to anticipate some kind of anti-Trump, anti-GOP «Blue Wave» in November’s election.

First, midterm elections in the US normally favor the party out of power. In addition, many citizen-led demonstrations against Trump and GOP policies have sprung up in the last 2 years, while «pro-Trump» events are mostly carefully arranged and financed by the GOP or Conservative insiders.

Many polls have indicated fierce anti-Trump/GOP fervor for the last 18 months or more. For other indications, we see voters for Democrat Andrew Gillum in Florida camping out in front of polling places over two weeks before the election to take advantage of early voting, which is luckily still available in Florida. No such enthusiasm is visible for Gillum’s Gubernatorial opponent, Trump favorite Ron Desantis.

In some other «red»states, Democrats are showing, surprisingly, small leads over some key GOP candidates, or are uncharacteristically close in polls for what would be normally expected in a «red» state. Plus, Democratic Party fundraising is also ahead of the GOP in many important electoral zones.

Voter registration is also extremely high for Democrats in many areas, much more so than in other years.

Even as Trump pumps up the GOP faithful with his usual lies and fear-mongering about immigrants, terrorism and the «Democratic Party «mob»,   it would appear that the Democratic Party will still very possibly enjoy some kind of «Blue Wave» in November, 2018.

But there is a Problem, Thanks to the Supreme Court

In 2013, the US Supreme Court, led by a Conservative majority, struck down key parts of the 1965 Voting Rights Act that were protections against racial/ethnic-based vote-scrubbing and disenfranchisement.

As soon as those protections were eliminated, many states (specifically, GOP-controlled «red» states, especially in the south), immediately started putting into place systems and methods to limit the votes of potential Democratic Party voters.

Kansas GOP offical Kris Kobach (who is now, shockingly, supervising the election systems in his own election for Kansas Governor), is credited as the creator of the Interstate Crosscheck system.

This stealthy computer program is designed to take voters off the rolls, partly using characteristics of Democratic Party voter demographics, along with the names of known felons, as a guide. (Note: in 34 states, felons lose the right to vote for a time after incarceration).

Democratic Party demographics tend more towards ethnic minorities, the poor and the elderly and those groups are the main GOP targets. They are disproportionately scrubbed from voter rolls using data from the Crosscheck program, which uses voter roll surnames, addresses and other data to focus on these groups specifically.

Reporter/investigator/author Greg Palast has written extensively on this Crosscheck system, and has found that it focuses like a laser on the most   likely Democratic Voters.

The computer programs that drive this process are very efficient. So, if, say, 50,000 voters are scrubbed from the rolls, probably a good 70-80% of them will be Democratic Party voters. Those are nice odds, if you are the GOP, as you can erase 3 Dem voters for every GOP vote, making a very favorable trade-off.

Forms of Voter-Suppression Vary Around the Country

It’s happening in every state controlled by a Republican Governor and/or State Assembly, which totals about 29 out of the 50 states. Some states employ Kobach’s Crosscheck system directly, while others use similar methods , or a variety of other strategies, to eliminate as many Democratic Party voters as possible.

So when these voters arrive at the polling place to vote, they are told that they are no longer on the voting roll, or are not authorized to vote.

According to Palast, the vote-purging is going on in many states as fast and frantically as he has ever seen it. The Trump-led GOP is desperate. They are pulling out all the stops.

A Few Cases of Voter-Suppression

In Arizona, At least 90,000 voters in areas that tend to vote  Democratic have been moved to «inactive status».

In Indiana, Over 460,000 voter registrations (again, with most having Democratic Party demographics) have been cancelled. It is unclear whether any of these voters can be re-instated in time for the election.

In Texas, thousands of online registrations have been rejected for dubious reasons.

In North Carolina, early voting has been cut back by at least 20%, in «selected» areas.

In North Dakota, massive numbers of native Americans are in danger of having their votes suppressed. There is a big legal fight going on over it at this time.

In Florida, at least 27,000 voter registrations are on hold, and could be eliminated.

In Georgia, 53,000  voters’ status (70% black) are being held in limbo; Numerous polling places in heavily-black districts have been closed, making a longer trip to the polling place and thus making voting harder; Thousands of mostly minority voters are being scubbed from the rolls for questionable reasons.

Add to that over 600,000 Georgia voter registrations which were cancelled back in 2017, according to MSNBC’s Rachel Maddow.

There are more GOP voter-suppression efforts in-progress in many states than there is space to cover in this article.

The GOP Defense Tactic -Accuse the Other Side Of Cheating

The GOP is well-aware of what they are doing.

If the 2018 election doesn’t go the GOP’s way, already, led by Trump, they are preparing to blame Democratic voter-fraud, with shrill, unverified claims about illegal immigrants mass-voting, or other inflammatory accusations, as they did in 2016.

Democrats had better be ready for this loud, bogus GOP scream-attack, should the «Blue Wave» turn out to be large.

Keeping Up With the Issue and Learning More

Two valuable sources on election integrity that can be depended on to cover these and related issues accurately and honestly include Blogger/reporter Brad Friedman («The  Bradblog» and «Bradcast») and  Greg Palast.

What Could Possibly Happen on Election Day?

While no solid prediction of 2018 election results is possible,  it would be reasonable to expect to see more of a «Blue Wave» in the Democratic Party-controlled «blue» states where voter-suppression is not being performed.

In the GOP-controlled states, things seem much more uncertain, due to the GOP practices described here.

Will the «Blue Wave» be big enough to overwhelm the voter-suppression in those «red» states? That is one of the biggest questions about this election, and its answer will determine much about America’s direction over the next few years.

What About Russia -Are They Helping the GOP?

Russian interference is clearly a «sexy» story angle and has garnered big rating$ for at least a couple of our mainstream cable news networks.

However, relatively little hard evidence has been presented as of yet, aside from a parade of Government officials, not under oath, claiming Russian interference. The debate over Russia’s degree of involvement with the 2016 elections rages on.

If Russia is found to be seriously involved in US election-rigging, then it is strictly a «Johnnie-Come-Lately» to a process already long-dominated for many years by the GOP and their operatives.

The Mueller investigation may verify Russian efforts to sway our elections. But we won’t know for sure until Mueller turns in his report, after the election.

For now, we need to focus on the threat to voters we can see clearly at work in this election cycle—Republican voter-suppression.

Focus on Voting, and Attacking These GOP Practices

To their credit, after years of neglecting this critical issue affecting our electoral process, a few cable news outlets, especially CNN and MSNBC, have finally started covering this story just recently. However, due to the lack of coverage over the last few years, much of the public still seems unaware of the extent of ongoing GOP election-fraud.

Regardless, turning out to vote in overwhelming numbers is the best answer for right now. But in the longer run, large numbers of people need to catch-up on this critical issue, and if need be, feel outraged about it. Public campaigns should be triggered, generating intense criticism to attack these un-American GOP practices, nationwide.

Additionally, The public must demand their media outlets cover these issues, or be threatened with boycotts of advertisers or similar actions. Democracy cannot survive without election integrity.

And even if the «Blue Wave» ends up being huge in November, the battle for election integrity will still be in its early stages. It will not be enough just to fight for this issue during election-cycles. From now on in America, the battle for Democratic rights such as «one person, one vote», must be waged between elections, and on a constant basis.

The GOP/Conservative voter-suppressors have been working overtime and between elections at their suppression efforts. We who oppose them must work just as hard.

We The People, armed with a new awareness of just how much rigging is going on in our elections, must find ways to outwork, outwit, and ultimately defeat the fraudsters. Nothing less than our freedoms are at stake. 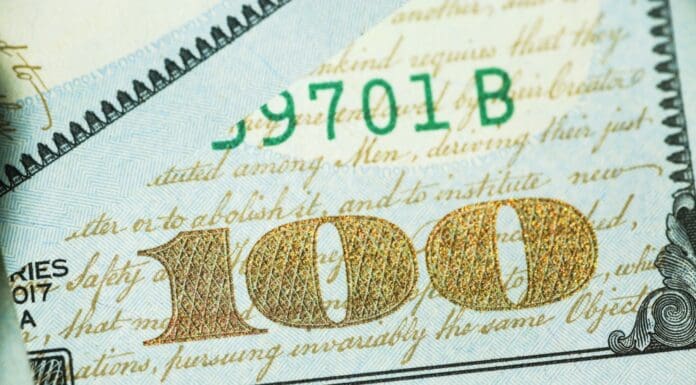