Tequila: Things I Want You To Know 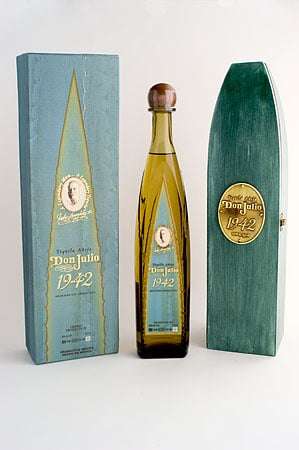 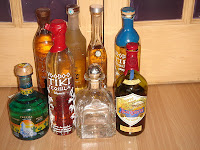 Let’s take that last part first. It is a fairly common misconception that one can find a worm in a bottle of tequila but I’m afraid unless it crawled in after you opened the bottle it’s not likely to happen.

What you’re probably drinking is mescal, another type of Mexican liquor that like tequila is made from the agave plant. As mescal is bottled a cured worm, usually the larva of an agave snout weevil or the caterpillar of a certain type of moth that is found near agave plants, is added for flavor and aesthetic. For tequila it’s actually illegal to add a worm.

Now, getting back to those first two points: Cuervo Gold is an absolutely horrible tasting swill that I would never recommend to anyone.
It is quite possibly the most vile thing I have ever put in my mouth, and I have some really messed up friends with whom I’ve gotten pretty drunk.
.
To those who make the point that Cuervo Gold is the most popular tequila in the world, that fact simply makes it the McDonalds of tequila. At best it should be used in margaritas in order to mask the taste and odor. It is this type of hangover in a bottle that is responsible for that face young college students make and why they so desperately need that accompanying salt and lime. Good tequila should not taste like flaming sewage, it should be smooth with a distinct flavor.
.
Before we get in to what makes a good tequila good, let’s learn a little bit about where it comes from. Tequila by definition comes from the area surrounding the city of Tequila located northwest of Guadalajara. It is only produced in the state of Jalisco and a few limited regions in other states.
.
Tequila is made from the blue agave plant and it should be 100% blue agave. Some lesser tequilas are only around 51% agave which means the rest is sugars and syrup and other wretch inducing additives.
Aztecs had been making a fermented drink from the plant well before the Spanish arrived. Once the Spanish ran out of their classy European booze they started going native with their alcohol consumption.
.
Around ten years ago it was difficult to find a decent tequila in America. It was relegated to Mexican restaurants and cheap cantinas outside of Vegas.
As the liquor started to gain some prominence and popularity larger corporations started to take notice and wanted to get in on the action and tequila was no longer just a game for small, family-owned distilleries. The money those corporations have spent on marketing and advertising now make it possible for you and I to go to the bar and order a shot of ultra-premium tequila at $20.
God bless progress!
.
Here’s a really easy breakdown of the different types of tequila a brand will offer:
As it ages in the barrels the tequila takes on the taste of the barrel and the alcohol matures in a way that makes it richer and more complex.
It’s not uncommon for these barrels to have been used in the production of whiskey or bourbon.
As for color, the silver is obviously clear and the others can come in various shades of amber. 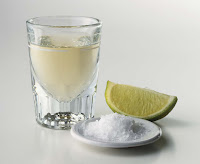 A delicious tequila does not have to be swallowed from a shot glass. Something like Casa Noble should be sipped from a tumbler or even on the rocks. In Mexico it is often accompanied by a chaser called sangrita. The whole process of salt and lime bookending a shot is a way for the youngsters to get used to the burn. These training wheels are for the boys learning to be men at a quinceañera, so you, USC frat boy, be a man and lose the fruit!
Tequila is also used for a number of cocktails besides margaritas, like tequila sunrise and adios mother fuckers. Give ‘em a try!
So in conclusion let me leave you with a few thoughts.
Spend more than $15 on a bottle of tequila and more than $3 for a shot. You’ll thank me in the morning. You don’t always have to take a shot of tequila. Get a good one and you can savor the smoky aroma and hint of vanilla in something like Don Julio 1942.
.
Remember, if it’s got a worm it’s not tequila. And finally, leave the fruit on the side, gentlemen. Enjoy the tequila for what it is or don’t enjoy it at all.
¡Salud!
Perfil del autor