The conservatives and their promises of jobs, or how to lie to voters 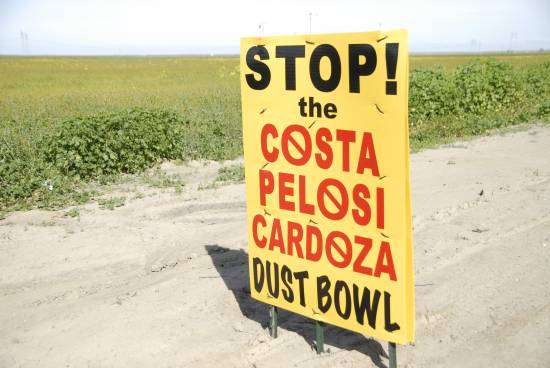 On November 2nd the conservatives, grouped together in the Republican Party and the radical Tea Party movement, swept elections renewing the U.S. Congress, although in California, the complete opposite occurred: the Democrats won it ―and mainly thanks to the Latino vote.

The economic crisis was responsible for the Democratic loss expressed in the «punishment vote», as the analysts call it, towards President Barack Obama.

But what did the Republicans promise that got so many people to vote for them? They promised jobs. Do they have some sort of plan to create those jobs? The truth is they don’t.

Their campaign strategy was to agitate the fear of the citizenry on two levels: 1) Obama’s government is socialist and will lead us to catastrophe and 2) what he is doing in view of the crisis is no good and even worse, he is getting us into debt.

This, accompanied by a vicious tone from the opposition towards anything President Obama does.

What about the jobs

But, what about the jobs? When will those promised jobs arrive? Let’s get to the point: they will never arrive.

On the same day of the election, the triumphant Republicans exposed vociferously their true project: 1) Eliminate President Obama’s health reform; 2) Cut hundreds of services and eliminating thousands of public jobs in those states where they were able to achieve governing ―for example, Wisconsin and Pennysylvania― and 3) The grand prize: prevent Obama’s reelection in 2012.

Not one word, and much less, a coherent plan about the creation of jobs.

For many years ―clearly since the Reagan administration in 1980― we heard the same slogan on behalf of the conservatives: we have to reduce taxes so that corporations can create jobs. But this tax reduction didn’t bring more jobs. On the contrary, we’ve seen how corporations pocket the money they save on taxes and they take their production to other countries like China or India, where they pay salaries that are much lower and have no benefits.

In California’s Central Valley, the richest agricultural area in the US, the conservatives accomplished an intelligent political and propagandist campaign: they called for supplying water for the farmers because,  they said, that will create jobs.

They also created marches. In 2007 the California Latino Water Coalition was created. It  proposed a costly proposition that would be submitted to the electorate this Novembrer 2nd, but that was retrieved months before after the proponents became aware of the growing opposition to this proposition. Said proposition, «Water Supply Infrastructure Bond,» would have consisted of a $12.5 billion public bond for the state water infrastructure. The surveys showed that the public had no interest in going into debt to benefit a group of farmers located in an already «retired land» area, or close to be retired.

And what jobs were these farmers promising? Simply put, the same poorly paid jobs without benefits, something that any Central Valley farmworker is familiar with.

But, taking advantage of the media attention the California Latino Water Coalition had attracted, members of the same organization accused Congressman Jim Costa of Fresno of opposed projects meant to bring water to the Valley. That campaign then extended to the speaker of the House Nancy Pelosi. Both are, of course, Democrats.

This propaganda helped the conservative movement win the election on November 2. The propaganda was clear: «Pelosi & Costa, no water/no jobs. Vote for Andy Vidak,» the Republican opponent to Costa.

We should say in passing that even before the election, the California Latino Water Coalition had ceased to operate.

And something else: the Republicans announced recently that they want to eliminate the fast train project in various states around the country ―but they do want to keep the money that the federal government advanced for said project. In California’s case, the planned train will pass through the Central Valley, which would generate hundreds of jobs in a zone with an unemployment level much higher than 20 percent.

So then, what can we do to accomplish those job promises made by Republicans during their election campaigns? Perhaps it will help if we change the name of some regions. For those living in the Central Valley, how about «Central China Valley?»