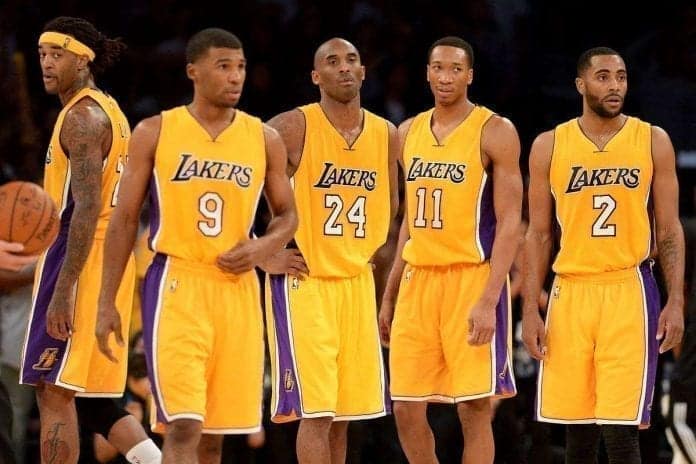 It’s funny… my compañera and I started to spend more quality time together once we succumbed to watching the Lakers games on TV during the season that, for them, abruptly ended on Sunday.

Sometimes they played as bad as in their quagmire against Dallas; but, sometimes, when there was goodwill among the Gods of Basketball and the stars aligned correctly; or one or more players on the rival team became injured and had a day off, they won.

Watching the Lakers games together could have been like finding a new denominator of our love. Or maybe the total opposite: it’s late, we are tired, the kid’s sleeping and we find ourselves together in the living room: Hey! Let’s watch the Lakers!

We proceeded to watch together in the already-carmelized certainty that the Lakers are, and always will be, the champions. Thus, they were good candidates for us to become attached to as fans, or, as we Argentines think, as hinchas. Which means not only fans or supporters, but also inflated, or swollen, magnified. The Hollywood Star System exploded engulfing those who found new day jobs acting, being part of Hollywood, not just basketball players. They were indeed our Uber-Human Heroes.

That is, until this Sunday when the Lakers died, losing by 35 points to Dallas in a sweep, the real Inglorious Bastards.

We will not forget easily.

So, consequently, am I no longer a Lakers fan? Maybe not. Too much tzuris and aggravation. Over the past 50+ years, I was hincha of Racing Club de Avellaneda, a lowly soccer team from Buenos Aires whose shirts resemble the Argentine flag. In 1962, my uncle the actor took to me watch a game between Racing, that year’s champions, and Santos, Brazil’s champion and Pelé’s team.

I saw Pelé scoring with a tremendous kick from midfield.

So, I’ve seen them both.

Those years I supported the basketball team of Maccabi Tel Aviv when they competed in and finally won the European championship cup. Last year I befriended Tal Brody on Facebook. He is the gifted player from the college all-star team who played for Israel and changed the game there forever. He was grateful for my add and graciously tried to recruit me for some fundraising activity for Israel.

For Israelis, the metaphor of David and Goliath was the source of their attraction to Macabi Tel Aviv’s campaign. Therefore the franchise developed into a giant industry, becoming a de facto Goliath in the European basketball scene.

For an immigrant, Lakers are America

As an immigrant in the US, the Lakers symbolized «America», the one between quotes, that of the beckoning bright yellow and purple colors. A special moment was being able to afford tickets to a game in the old Inglewood Forum with my sons. They played slick, with a marked desire to control every step. They perfected a mysterious «offense triangle.» But it wasn’t enough against the intuitive, fast, breathtaking game of today.

And when, following the example set by El Phoenix Sun that identified with Arizona’s Latinos wearing the Spanish name on their shirts, the Lakers responded with Los Lakers, I felt that maybe, maybe, the Lakers were also part of me.

That is, until this Sunday’s game.