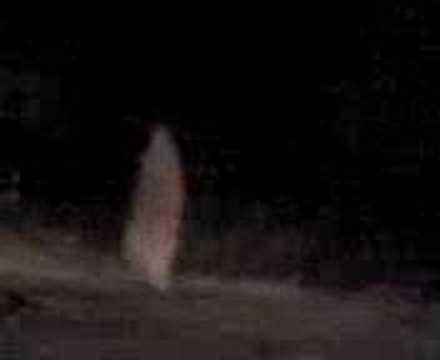 As you stroll along the lakeside you listen to the gentle lapping of the water on the shore.

The moon glows in a blood-orange hue just above the horizon as dusk falls over you. In the distance fireflies bounce and bob over the tall grasses that peek out along the waterfront.

The ground is moist beneath your feet and the soil softens beneath your every step as you walk along, admiring the moon’s reflection over the lake, the chirping of the crickets, and the occasional call of an owl.

But then something seems off.

You suddenly feel warm over one side of your neck and you look over your shoulder; it’s the unmistakable sensation of the invisible pressure of someone else’s gaze falling upon you. You know you’re being watched. The speed of your steps increases. More than just speeding up, a draft washes over you, blowing against you, trying to push you back, but you press on.

You’re almost running now and it’s at this point that you realize you only hear the crunch of the grass and soil beneath your feet. No more chirping crickets. No more hooting owls.

The water is completely still as you come to a standstill. Where did the fireflies go? All you hear is your own breathing coming in shaking, stammering, gulps.

Then you hear something else.

It could be your mind playing tricks on you but you hold your breath to make sure. It starts off like a moaning but that’s only because it sounds muffled, off in the distance. You want to run but you don’t know where the sound is coming from and it’s impossible to tell if you’d be running towards it or away from it.

The moaning gets louder but it isn’t just moaning. The pain is the same but it is something more.

La Llorona is a cautionary tale told throughout Latin America. Think of it as the Sleepy Hollow story of the Spanish speaking world.

There are many different versions of the story but the bare bones of it is this: There was a woman who killed her own children to be with the man she desired. She was subsequently spurned by her lover and as a result she killed herself.

Needless to say it has scared the hell out of many, many children.

It is difficult to say exactly where this story originated as there are examples of similar tales all over the world. Among the ancient Greek gods, the big guy, Zeus, had an affair with Lamia. When Hera, Zeus’ wife, learned of the affair she forced him to give up his relationship to Lamia who was then forced to eat her own children. Out of jealousy, Lamia preys on human children and eats any that she catches.

The Greeks have some pretty messed up stories. Other variations of La Llorona’s story say that those who hear her weeping are marked for death, not unlike those who hear the wailing of the Gaelic Banshee.

Other possible origins of the story point to the Spanish invasion of the Aztec empire. Some say the goddess Cihuacoatl is weeping for the fall of her people. Others point to La Malinche, a native woman who served as an interpreter for Cortes and turned her back on Mexico. Though there is no hard evidence to support it, some say she bore the conquistador a child and was later abandonded.

An interesting website that provides more detailed aspects of the current legend of La Llorona can be found at www.lallorona.com/la_index.html. It tells different stories of La Llorona as a witch, a harlot, a siren, and a virgin. They get a little creepy so don’t read them late at night by yourself.

As for why the story exists, like most stories it is probably a cautionary tale. On one level it is meant to keep children from wandering off. Like the boogey man or Michael Jackson, these characters are meant to frighten children and keep them away from strangers. It is also a warning for young women to either avoid being enticed by the wrong man, or to remember the sacred duties of a mother.

Pre-Columbian women had a lot more power and influence than their conquered descendants. The European conquerors did not have the same idea of the sacred feminine that the indigenous peoples of the Americas had. As such they did many things to destroy their ideas of the role women should have in society.

That’s just the way it went and the story of La Llorona, a woman who is forced to an eternity of misery because of her failure as a wife and mother, may have been a part of that.

Whatever the origin of the story, it is a scary one. It’s certainly enough incentive to keep it in your pants a little while longer. Because if you’re getting down to it and the woman starts weeping… well, I can’t imagine any good will come of that. 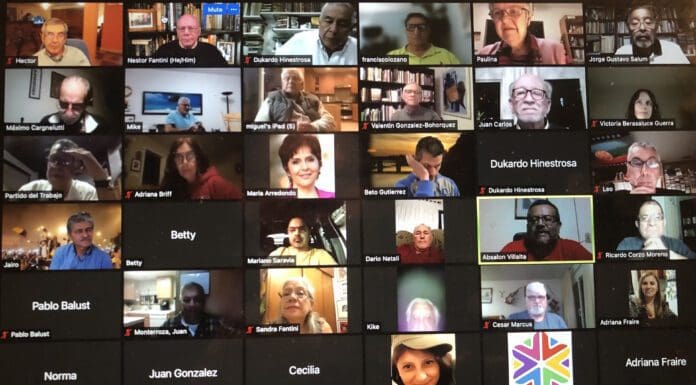 A Path with Heart: Why Whitman Lost (the Latino Vote)