About That Day of the Dead Two nights ago we set out our offering. We took out two of our most beautiful blankets — one white and one turquoise blue — and we put them on the table. We cut marigolds from our garden and put them in a little vase in the center. Behind the flowers we placed photos of our departed: Black-and-white photos that make you feel that the people who appear there are far, so far, away.

And yet, I want to believe they came.

There is no tradition that’s as Mexican as the Day of the Dead. Nothing that happens in the rest of the world compares with the mix of nostalgia, irony, spirituality and sybaritism that befalls us with the absence of a loved one.

According to tradition, the souls of the dead come on this day to visit us to enjoy those things they liked in life. Since they are spirits, their cravings are satisfied with aromas. So we provide flowers, the more fragrant the better. The mole, the tasty rice, the chocolate and tobacco also must have a strong aroma — not to mention the little shot of alcohol set out for the deceased to take off the chill.

Besides the food, the drink and the pleasures favored by the honoree, the offering should have candles. These are, as we know, to light the way back after their visit. Placing items that have belonged to them also helps those who come to feel welcome.

We finish our offering, small but heartfelt, with a few shots of mezcal for them. For us, two little shots of tequila.

«What music did she like?» my husband asked me. From my iPod comes «El Sauce y la Palma,» and the happier the band from Sinaloa sounded, the bigger were the tears that rolled down my face. I sat down next to him and we stayed like that a while.

In my country the offering is placed in the cemetery, on the grave, where the appointment is agreed upon from the day they leave. But if I live on this side of the border, could it be that she really came all the way up here? And if she came, could she not have stayed a little longer?

When it came time to pick up the offering, the doubt stuck in my mind: and if she came, will she find her way back? Might she not get lost, might the border distract her, might the line disorient her and she won’t get to where she’s going?

And then I got a wild urge to go with her for a little while. Not to stay on that side — not yet. Just to know where they go and make sure she gets there safely. To be certain that there where she is — and that she still knows how much I love her. 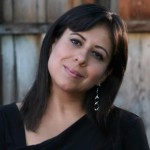